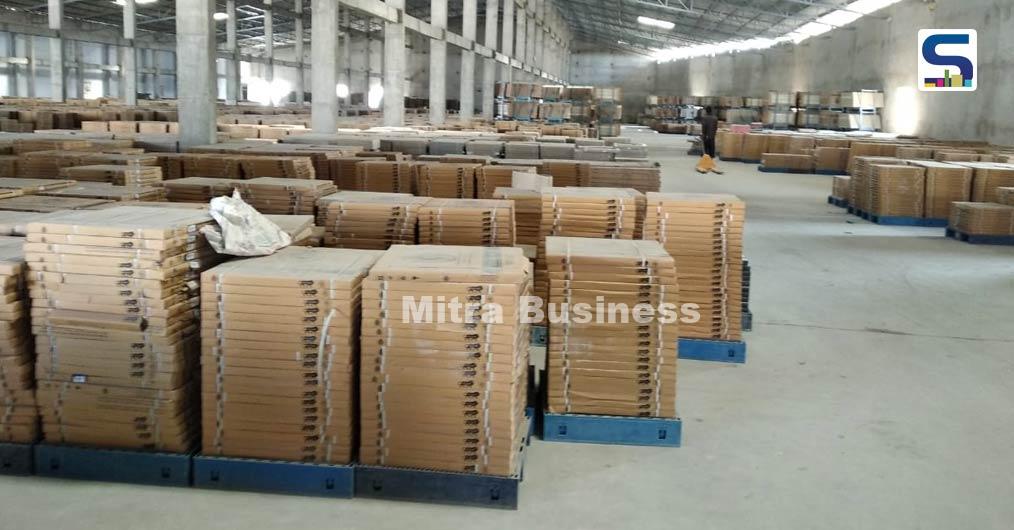 Morbi is very much well known for Ceramic industries for last so many years. Actually, it’s famous for clock industries also. And Ceramic tiles industries are now well developed in Morbi.

Morbi has developed very well due to Ceramic tiles industries. And it has contributed well in export business also.

The clay which was required to prepare tiles, was available in Morbi and surrounding area. So this business could be supported. At earlier time, the industries were not that much developed but now a days we can see development and modernization. In this field.

For last few years, Ceramic tiles industries from Morbi has been so developed in export also. And Morbi has created it’s name in international market also.

Then after in 1934, the work was handed over to Parshuram Potery. And even today also such old Ceramic businessmen are involved.

Contribution of Thangadh is also very much important. That’s why only there’s a railway station also at Thangadh. So that tiles can be transported from both stations.

We provide properties and financial services also to invest in Ceramic industries.

In Ceramic industries, at Morbi, there’s the great turnover can be seen. For last few years. It has already fulfilled the requirement of employment and goods also. More over this field has provided work to transportation and other services also. And especially not only factory owner but the employees who’re working in it to them also it provides the work.

Today’s turnover of Ceramic industries at Morbi is nearly 45000 crore annually and out of which more than 12000 crore is going to be exported. So in the international market also Morbi Ceramic cluster has contributed greatly.

This Ceramic cluster has contributed in the income of foreign currency also and to provide employment also to the local community.

The people who live in rural area, they work in Ceramic industries and are getting employment from this industries. So this industries provide employment not only to their owners but lakhs of people who live in surrounding rural areas. Not only this but the people who live farther, them also it provides employment. There’re nearly 4 lakh workers are working in this. Cluster of industries. And these workers are from different states like Assam Bihar Udisha.. etc.  And the owners of this industrial cluster have created a society to live there. So these workers can have accommodation to live in surrounding of industrial area. Not only this but ration also is provided by factory owners association.

A great bad news for this cluster due to lock down

As we know very well that Morbi Ceramic cluster industries is one of the great industry which provide employment to more than 4 lakh outsider workers. But due to lock down, now a days this industry is at the doorstep of its closing. And if such situation will really occur, then lakhs of people will have to loose their jobs.

This industry has already witnessed the production of more than 55000 cubic metre tiles production per day.

Thus if such a large scale industry will has to suffer due to lock down then it’s a really bad luck. For any such industry which is a well developed industry since 1913. It means this industry has established before first world war. And now a days due to lock down  this industry is at this step. This situation is a very worst  situation for this industry. And you can easily understand the wealth of this industry that at the doorstep of closing also this industry is able to carry on expense of workers force and they take care of it. They’re ready to give them ration and .   They’re ready to give maintainance which shows that how prosperous is this industry and it’s our bad luck that due to government’s decision of lock down not this Ceramic but so many other industrial clusters also are at closing step. Which  will effect to Indian economy very much negatively and it will take time to recover economic situation.

So actually we must’ve to apply alternate of lock down. So that economy should not be effected.