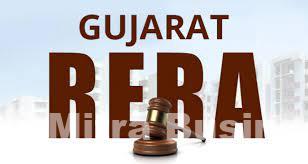 As we know that now a days there’re so many cheatings going to be done in the case of real estate. Which is one of the largest industry in India and at present it contributes nearly 7% of GDP. Which will be 12% of GDP up to 2025. And more than 67% people are already employed in this sector. So it means that in this sector, whatever transactions are going to be done, must be trustworthy and investors should be confident that whatever amount is invested by them is quiet safe.

Earlier, there was the act which is consumer protection act 1986, in which all the points were included related to consumer protection and in this law there were points related to real estate consumers also were included. But it was not enough. And real estate owners had to suffer. Just like if they have purchased a piece of land and then for long period they couldn’t visit to their properties, then in such cases other people have already sold their properties without papers and by this way, the properties were sold more than one time. It means owners are changed more than one time. So when the original owner will visit his property, he will find that the property is owned by third person. And now he doesn’t have any right. So if he wants his property back, he must has to prove his ownership in court. Then after only it would be possible for him to own his property.

Due to such cases, there was the requirement of a special act for real estate in which provisions are already done so that land owners don’t need to suffer. This act is named as “Real Estate Regulation Act”. Which was introduced in the year of 2016.  In India. And in Gujarat, it was applied in May 2017.

Under this act , in very short period, there were 53,141 projects already registered. And agents were included in number of 41041. And 48,450 properties are registered.

In India, contribution of real estate sector in GDP, is 3 trillion $ in urban areas. It is already declared by the government that Indian economy is one of the most fast growing economy after covid 19.

The main purpose of this act is to have SURITY in accountability so that the properties are accounted.

By this law, both the seller and buyer of the real estate will be responsible. So that cheating will not be done by any of the party.

By the help of this law, the agents who’re working in the sector of  real estate, will work professionally and there will be same working style in whole country by this law. So it means standardisation can be applied in this sector.

As we’ve discussed above, transparency will be applied by this law. It means required information will be provided to both the parties.

By the help of this law, a regulatory act can be established. For both of sellers and buyers

And the last point is to promote  good governance in this sector.

These are the aims of application of Gujrera ( RERA in Gujarat) act. In India, after application of RERA act there are more than 6900 projects are registered. More over total investment is done nearly1.98 lakh crore.

Government has already applied different schemes to join RERA. Means people become ready to register their properties under RERA act. Such schemes are as under.

June ’19 : Initiated public awareness campaign by the jingle played on all FM radio stations wide Gujarat about the functions of RERA authority.

The above works are already done for the propagation of RERA and application of RERA act so that the property owners don’t need to suffer.

GujRERA undertook many initiatives to expedite the roll out of robust regulatory regime and to provide operational ease and guidence to promotors. Some of the important achievements in this regard were ;

Several circulars and orders have been released for streamlining the interactions with the various stakeholders, as per the following details. In

As we know that there’re so many real estate projects are going to be completed and sold also in which documentation are not completed so to remove this situation, such circular is circulated. According to which, documents related to land, on which the real estate is going to be developed, should have clear title in favour of promotor. Documents like sale deed, joint development agreement, B/w land owner and promotor should be registered. And necessary stamp duty should be paid.

Clarification about agreement for sale to be submitted by promotor for project registration.

Direction for font size of registration number in advertisement of RERA registered projects :

As we know that this is the government documentation so it means whenever the propagation of it will be done, the font size must be standardised. For proper visibility of RERA registration number, and GujRERA websites, advertisements in news paper, brochures and leaflets, hoardings, billboards etc.  Is mandatory to have font size equal or larger than the contact details of proposed projects.

Report on means of finance :

As per the Gujarat Real Estate (Regulation and development) General Rules 2017, Rule 3 sub clause 6 states that the promotor shall disclose (a) estimated cost of real estate project charges ( as approved by Govt. Valuer) (B) cost of construction (c) the other cost, interest, taxes, cess, development and other charges.

As per the Section-11(3)(B) of the RERA act ’16, authority has decided that the promotor will have to submit block wise and its activity wise “Start date and End date” for real estate projects for time schedule of completion of the projects.

Clarification with reference to responsibilities of land owner in case of the land is different than the promotor :

It was observed that when the project is developed by promoter on land owned by other than promoter , there’s the probability of dispute w.r.t. transfer of title on the legal base. Then after only construction should be done. And then after also if it is done then promotor also responsible to be careful for his land.

For the registration of project where promotor is not the land owner, beside promotor the responsibility of land owner should also be ensured towards the project and allottee.

Provision of septic tank, Soak Pit as per CGSCR guidelines :

According to letter dated 17th June,’19 of urban development housing department and national building code it is now compulsory for the promotor to provide detailed plans about drainage ,septic tank etc. In real estate project and after that only the plan for development of project will be registered.

The developers/promotors have to mention the unit wise carpet area in the approved plan by the respective authority, in accordance with section 4(2)(H) to protect the interest of the allottee/buyer.

Rule 3(6) of the Gujarat RERA prescribes information and documents to be furnished by promotors for registration of real estate project read as “ The promotor shall disclose estimated cost of project, as envisaged by the promotor by bifurcating the same into the market value of the land/lease charges (as determined by government  approved valuer) , cost of construction, other cost, interest, taxes, cess, development and other charges/- cost in relation to project in two stages and other details must be mentioned by the promotor regarding real estate project for registration.

Report of means of finance is one of the most important report for getting information about real estate project and especially funding required for it. It’s essential for the promotor for liquidity and fund at hand for project execution and he must has to be aware about the sources of the fund also.

Report on means of finance is  very much  important for promotor so that he can know how much amount of the fund is required and from which sources this required fund can be available.